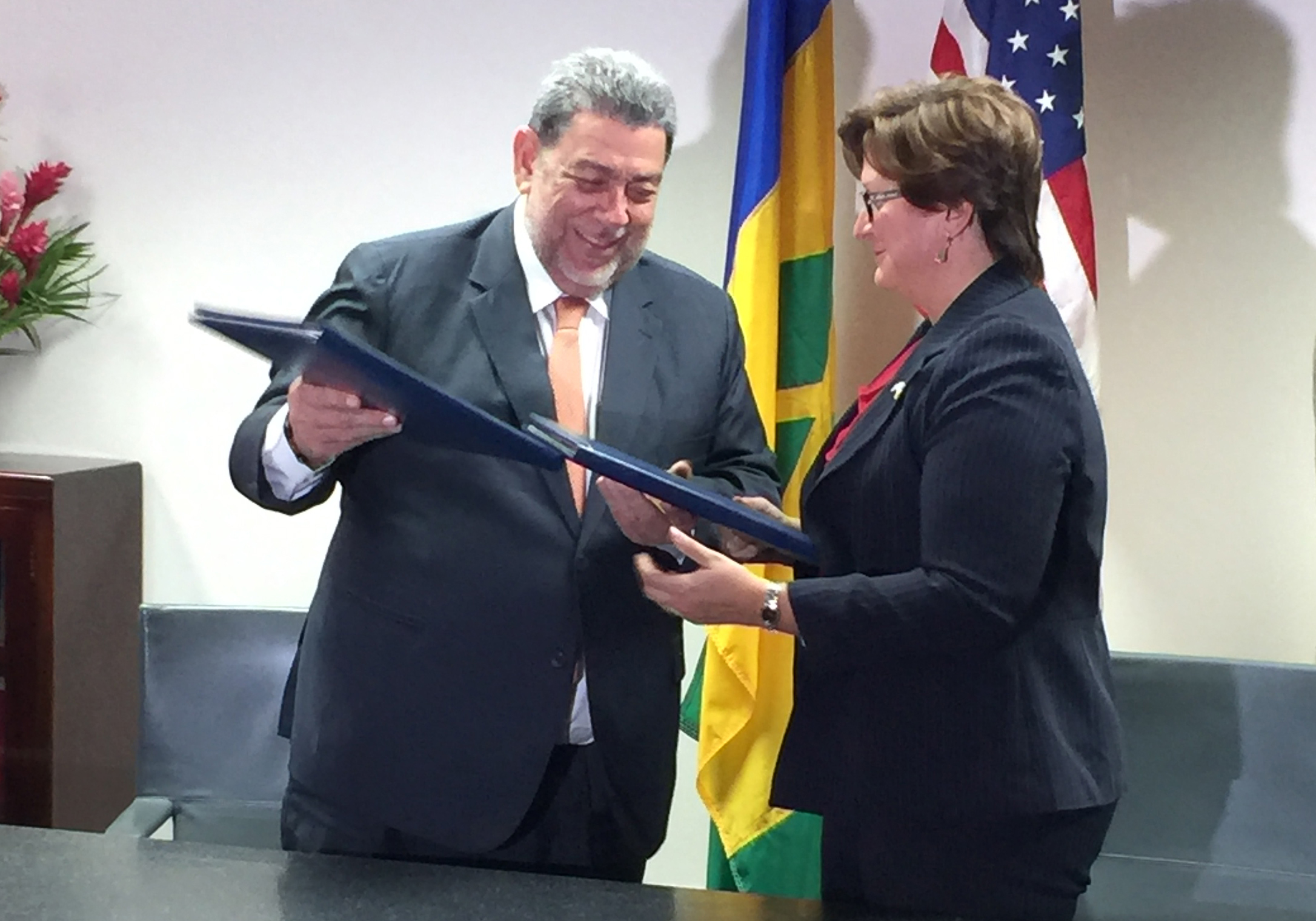 Prime Minister Gonsalves said: “This is a very important agreement in going forward in building the institutional, legislative and juridical infrastructure for civil aviation relations between both countries.”

Political and economic director Ferencevyc, in her remarks, said: “The agreement deepens and confirms the strong bilateral ties and the respect and goals that they have in deepening economic co-operation, and continuing to promote market forces and deepening of the relationship.”

Ferencevyc emphasized that the “agreement opens up opportunities for both countries in increasing passenger and commercial traffic”.

Other officials present at the signing included US Political/Economic Officer Raheal Andrade, Director of Airports Corsel Robertson, Permanent Secretary in the Ministry of National Security Godfred Pompey, and officials from the Ministry of Foreign Affairs.

Saint Vincent And The Grenadines Celebra...

Business in St. Vincent & the Grenadines

The teams focused their efforts on a few of the highest-value S&OP levers in order to review the current plann...

Developing a strategy and roadmap for cl...

Pharm Ltd. leadership turned to Pear Business to help ensure that the core elements of their supply chain were...

Management of generation changes in busi...

The world is always changing and we are all part of it. Yesterday’s unimaginable things are possible today.

Cabinet (Government) has appointed a Board of Directors to preside over Invest SVG; with members drawn from the public and private sectors. The Board is responsible for policy guidance, strategic planning and ensuring the accountability of the Executive Director.

Українська
Manage Cookie Consent
To provide the best experiences, we use technologies like cookies to store and/or access device information. Consenting to these technologies will allow us to process data such as browsing behavior or unique IDs on this site. Not consenting or withdrawing consent, may adversely affect certain features and functions.
Manage options Manage services Manage vendors Read more about these purposes
View preferences
{title} {title} {title}